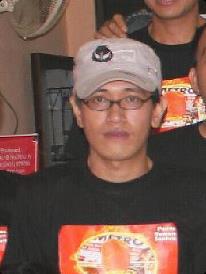 Here follows a letter from the ex-members of Negasi, about the murder of our comrade Ryo. They are making public a situation that has hit them. War against the existent.

On 25th November 2012, we lost our comrade named Ryo. He was killed by a coward in the morning when trying to go back to his place after looking for breakfast. Ryo is a member of the first generation of NEGASI and was active in counter-info projects, translation and publication to support the anti-authoritarian movement in Manado.

Ryo also involved in local autonomous struggles in North Sulawesi. He took a position as a campaigner and published infos related to the struggles. Stubborn but humble and always being the first one who would care about his comrades problems. Ryo left a wife and a four years old son.

Right now, we need solidarity from comrades abroad for his wife and son. For us, wife and child of our comrade is also our comrades. And as a form of direct solidarity, we stand next to her. Right now, his wife faces serious health condition and has been some days in hospital. The social pressures, mostly from the local press related to the case are one reason why our comrade passes the nights in the hospital.

On the other side, the trial against the killer is still running in the court. But, as we are anti-judicial, we are and will not respect and depend on the court to bring justice to our comrade. Our comrades life can’t be substituted by sending someone into jail because we against all the forms of prison. We always believe that justice can’t be given by the state where we are an enemy of it. We believe that the only justice is direct solidarity and collapse of the enemies.

For solidarity letters and solidarity fund or further infos, you can send email to: negasi [at] riseup [dot] net

Direct solidarity !!!
Against justice belonging to the State !!!
No prison !!! Only burn it !!! Ex-members of NEGASI