Now it is possible to send emails to three people imprisoned in Indonesia for their resistance. Friends and families will print those emails and bring them to the prison when they go to visit. As prison is a very isolating experience, receiving messages of support, even from people you don't know, can make a big difference. All three prisoners will be able to read your letters if you write in English, but it may be difficult for them to reply directly - obviously they have no computers in their cells!

Eat and Billy are two anarchists arrested for burning an ATM machine belonging to BRI bank in Jogjakarta, Java on 7th October 2011. Their trial is currently in progress. Email for either or both of them can be sent to blackhammer(at)riseup.net

Hidayat (Yaya) was arrested on 26th December 2011 on a demonstration in Makassar, Sulawesi. The demonstration was in response to the brutal police repression of a port blockade in Bima, Sumbawa island, where the police had killed at least three people a few days before. Yaya is accused of damaging a police outpost, and is currently awaiting trial. You can write to him at swatantra(at)riseup.net
Posted by kassan at 6:12 AM No comments: 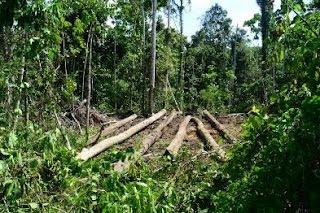 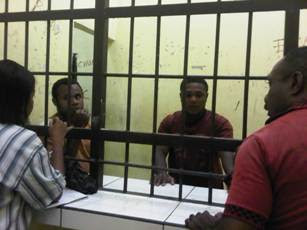 Letter from Hidayat (Yaya), In Prison in Makassar

From the bottom of my heart and an ardent yearning to be with you, I wanted to write this short letter in order to let all my friends know that “a fire still burns in our hearts that cannot be extinguished”

Being in this place is not something I wished for, but also it should not be a cause for regret. We are aware and we understand that rebellion against the State is vital, but it also entails risks. If anarchists attack something that others hold sacred, then those people will not be able to tolerate anarchism. That is what underlies all our fears. Whenever someone opposes and seeks to destroy something we hold sacred, of course we will resist with all our strength.