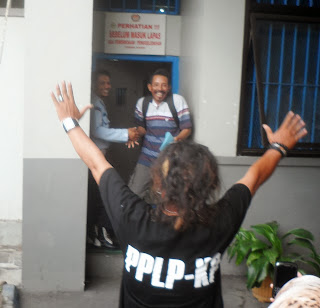 So while it's good news for the moment as Tukijo celebrates being able to breathe once more the fresh sea air blowing in over the Kulon Progo coast, there are still many challenges ahead before the Kulon Progo farmers can finally relax, knowing they have defeated the iron mine once and for all.
Posted by kassan at 1:01 AM